Madison, Wis. (November 7, 2022) – After finishing one of their most successful seasons in recent memory, the Edgewood College women's volleyball squad had three players and its coaching staff recognized by the Northern Athletics Collegiate conference (NACC). Paul Schlomer and the coaching staff earned Coaching Staff of the Year accolades from the conference. Abigail Hoffmann was named First Team All-NACC, while both Abbey Falk and Lea Bunch earned Second Team All-NACC honors. 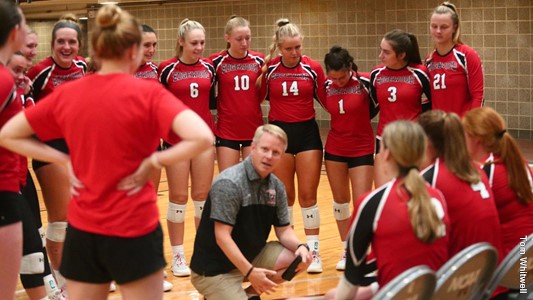 Schlomer's squad improved their record by two victories from the 2021 season with a19-9 finish in the regular season. His 11-2 record in NACC play was a three-match improvement, going from 8-5 and missing out on in 2021 to a 11-2 record and a third seed in 2022. His squad took down a pair of ranked teams in No. 18 Transylvania and No. 15 UW-Stevens Point and took No. 12 UW-Whitewater to a full five sets. His team played two other ranked schools (No. 3 Trinity and No. 8 UW-Oshkosh) on route to their 19-9 record. The Eagles earned their first home NACC postseason match since the 2017 season and their 11th overall appearance under Schlomer and his staff. 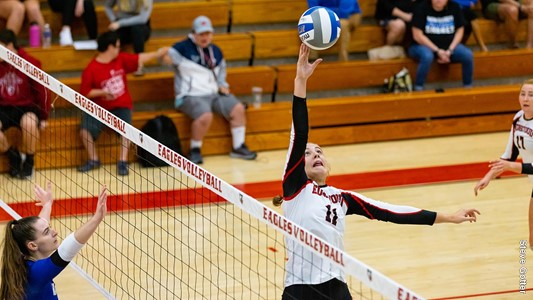 Hoffmann's honor was her second All-NACC accolade after earning Honorable Mention in 2021. She did a bit of everything for the Eagles, as she was first in kills and second in assists, blocks, and aces. Hoffmann hit .243 in the regular season, averaging 2.71 kills per set and 3.94 assists per set, and she also added 30 aces. She was third on the squad with 208 digs on the season and added in 59 blocks. Hoffmann was one of four players nationally to have five double-doubles on the season, good for second in Division III. She earned NACC Offensive Player of the Week honors for the week of October 24. 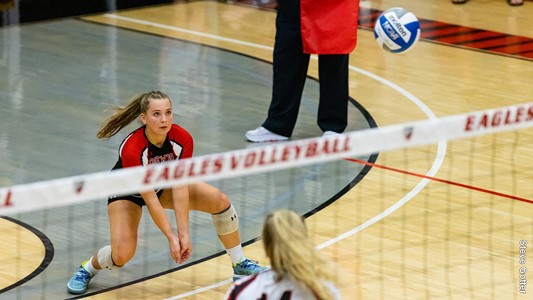 Bunch's accolade was her first of the sophomore's career. She led the team in digs with 408 and her 4.58 digs per set was good for third in the NACC. She also contributed to running the Edgewood College offense, her 110 assists good for third on the team. Bunch posted a 29-dig, eight-assist match against Dubuque, both of which were her season high. The libero posted double-digit digs in 21 matches this season and earned NACC Defensive Player of the Week honors twice on the week of October 4 and September 20 respectively. 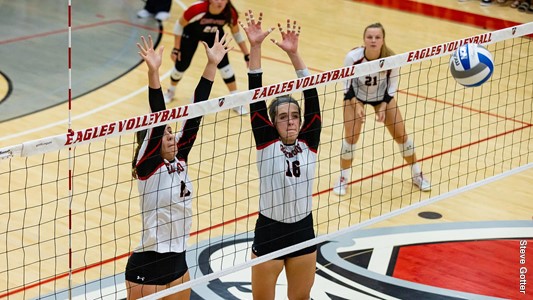 Falk was a menace at the net for the Eagles defense. Her 1.09 blocks per set was good for first in the NACC and 20th nationally while her 96 total blocks also topped the conference and was 26th nationally. She set the single-match solo blocks record against Illinois Tech, breaking an Edgewood College record that stood for 18 years with a seven-solo block performance. Her eight total blocks in the match was also second-best among all Division III players in a three-set match this season. Falk also was third on the squad with 175 kills and led the team with her .279 hitting percentage. Falk earned a NACC Defensive Player of the Week accolade for the week of October 11.