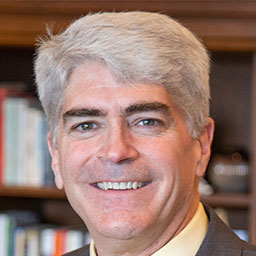 Dr. Manion previously served as President of Marian University from 2016 - 2020. Under his leadership, the university successfully completed a $12 million capital campaign, enjoyed significant growth in first-year student enrollment, expanded academic and athletics facilities, and made significant strides in the areas of diversity, inclusion, and social justice.

Prior to that work, he served for nearly 20 years in multiple academic and administrative roles at Aurora University, including Dean of the College of Arts and Sciences, Provost, and Executive Vice President.

Dr. Manion served on the faculty of Saint Mary’s University of Minnesota from 1991 to 1998, first as Assistant Professor in the Department of Psychology, then as Director of the Institute of Interdisciplinary Studies, and as Associate Dean of Humanities.

Dr. Manion holds a Ph.D. in Experimental Psychology and a Master of Arts in Psychology from Adelphi University in Long Island, New York. He is a graduate of St. Norbert College in DePere, Wis. where he majored in Psychology.

He is past-President of the Northern Athletics Collegiate Conference (NACC), of which Edgewood College is a member. A native of Providence, Rhode Island, he is married to his wife Amy, and both are proud parents of Jack, Kevin, and Clare. 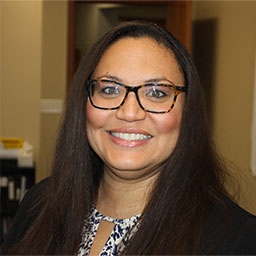 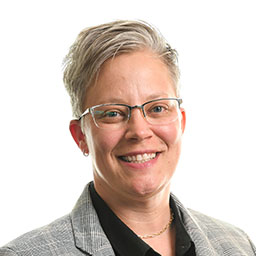 Amanda earned a Bachelor of Business Administration degree and a Master of Accountancy degree from UW-Madison. She is a Board Member for the Greater Dane County Advisory Board of First Business Bank,  a Council Member of the UW-Madison Athletic Department’s Equity Diversity Council, Treasurer of Out Professional Engagement Network (O.P.E.N.),  and a Lifetime Member of the National W Club.  In her free time, Amanda enjoys occasionally serving as an announcer and scoreboard operator for athletic events at UW-Madison, hiking and biking the great outdoors, walking her dogs, and camping in her VW van. 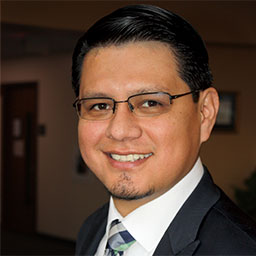 Dr. Bravo is a Latino theologian who has served Catholic colleges and universities and faith-based non-profit organizations for more than a decade.  His experience in higher education includes service in enrollment management, campus ministry, mission integration, academic advising, student life, academic research, and undergraduate instruction in Theological and Philosophical studies. His primary foci are on-campus efforts to better serve first-generation and underrepresented students along with the establishment of comprehensive networks of support for student retention and success.

Dr. Bravo has also served as an academic officer establishing policy and practices that honor and advance Catholic mission.  He has served as an advocate for underrepresented populations and is active in religious, secular, and civic organizations. He is a member of the board of directors for the Academy of Hispanic Theologians in the United States, and Hope Border Institute, in El Paso, Texas.  He is the former associate publisher at Commonweal Magazine, a lay-edited independent journal of opinion based in New York City.
Dr. Bravo earned his bachelor's degree in Theology and Philosophy from St. Peter’s, a Catholic and Jesuit university in Jersey City, New Jersey.  He earned a MA in Theology (concentration in Biblical Studies) from the Immaculate Conception Seminary of Seton Hall University. Bravo earned a Doctor of Philosophy degree from Fordham University, New York City.
Originally from Ambato, Ecuador, Dr. Bravo is married to Stephanie Bravo and they are the proud parents of Maximilian. 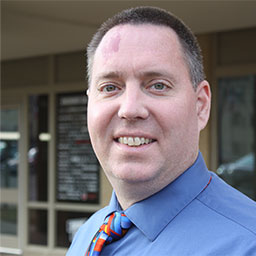 Vice President for Enrollment Management
Paul Eggers
peggers@edgewood.edu
Paul Eggers brings with him more than 15 years of enrollment management experience.  Recent appointments include Vice President for Enrollment Management at Marian University, and enrollment management consultant for Edgewood College. Other roles include positions with small private colleges, the Wisconsin Technical College System, and posts in higher education services organizations.
Since 2016, Eggers has specialized in developing and implementing strategies for colleges to enter high-growth, high-demand program areas where significant barriers to entry are present.  This innovative approach has produced a track record of significant enrollment growth.
Eggers earned his bachelor of business administration degree from Wisconsin Lutheran University and his master of science in organizational leadership and quality degree from Marian University.

Dr. Mangan is an experienced higher education administrator whose career has focused on Catholic higher education. With his work in academic affairs has come senior experience in advancement and fundraising. His most recent institutional appointment included service in both Academic Affairs and Advancement at Marian University. He began his service to Edgewood College during the Spring Semester 2022.

He holds the Ph.D. in Higher Education and the Master of Arts degree in Educational Psychology from the University of Minnesota. My baccalaureate degree is in political science from the University of South Dakota. Dr. Mangan holds as central to his professional life that higher education can be one of the most positive and transformative forces in a person’s life. He calls contributing to such transformation for others “profoundly enriching and rewarding.” 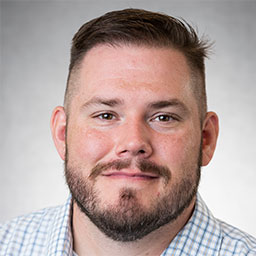 Sullivan has served in various roles in student conduct, student support, Title IX, off-campus student services, and residence life at Regis University, the University of Washington, the University of Colorado - Denver, Creighton University, and Colorado College. In addition, Sullivan has been active in the Association for Student Conduct Administration (ASCA), and served as the chair of the 2016 Annual Conference and 2016 Sexual Misconduct Institute.

He is a first-generation college graduate, earning a B.S. in Sports Administration Comprehensive from the University of Nebraska at Kearney, and an M.S. from Oklahoma State University in Educational Leadership Studies, with a concentration in College Student Development. He anticipates the successful completion of an Ed.D. in Higher Education and Leadership Studies from Edgewood College in the coming year. 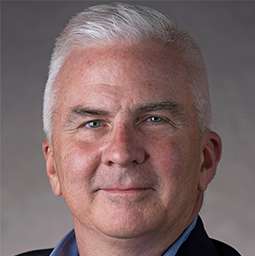 Ed Taylor joined Edgewood College in 2005 as the Director of Marketing & Communications. After serving in a variety of capacities for three presidents through the years, he assumed his current role in 2021.

He has served in communications roles in both the private and public sectors in Wisconsin. Prior to relocating to the Madison area, he served as reporter, anchor, and eventually assistant news director at KHBS/KHOG-TV, the ABC-TV affiliate in Fayetteville, Arkansas.

Taylor holds a Bachelor of Arts degree in Philosophy from the College of Wooster, and a Master of Science degree in Journalism from the Medill School of Journalism, Northwestern University. 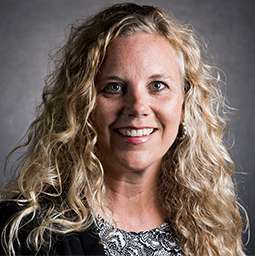 Katie Vesperman joined Edgewood College in a professional role in 2007, and currently serves as Vice President for Institutional Advancement. Prior to joining the College, Katie served as Program Director for the Greater Madison Chamber of Commerce. She is a 1999 Edgewood College graduate from the School of Business. Her husband Mac graduated in 2015 from the Henry Predolin School of Nursing, and currently serves on the Venus Access Team at UW Hospital and Clinics.

Katie is an active member of the Madison Chapter of the Association for Fundraising Professionals, the Wisconsin Association of Charitable Gift Planners, and is a graduate of Leadership Greater Madison.

In her free time, Katie enjoys the outdoors, sports, and spending time with her family.