Responding to Covid-19
Madison, Wis. (February 16, 2017) – Wander, an exhibition of paintings by art professor Robert Tarrell, will open on Friday, March 3, 2017 at the Edgewood College Gallery. The exhibition runs through Thursday, April 13, 2017. An opening reception and celebration is scheduled for 5:00 - 8:00 pm, Friday, March 3, 2017, in the Edgewood College Gallery.

Robert Tarrell presents a series of thirty landscape paintings created since 2013, many 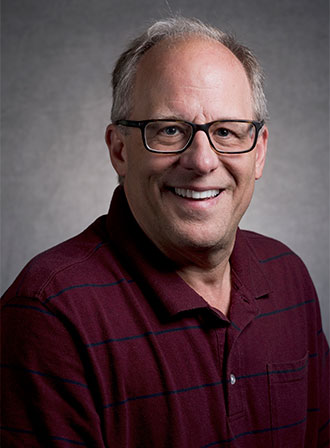 of which began as ‘plein air’ paintings, made on site in the out-of-doors. A devoted landscape painter, Tarrell explores his deep connection with his native Wisconsin environment – whether it be in his backyard, in the woods, on the water or on a country road. Tarrell “continually inspired, energized and challenged by the landscape.”

In 2016 Tarrell merged his passions for travel, nature and art together, following in the footsteps of artists like Thomas Moran, Albert Bierstadt, and Ansel Adams, exploring the grandeur of the American West. Visiting several national parks and many other sites, he painted ‘plein air’ on his extended trip. Tarrell, who has taught numerous plein air workshops throughout Wisconsin, explains, “Painting outdoors is an event.  I paint outdoors with the understanding that weather and light change constantly.  Plein air painters develop a special kind of grit.  Accidents and frustrations mix with the thrill of the unknown.”

Wander brings together paintings from Tarrell’s travels both near and far to share his explorations of light and shadow. “For me, the true subject of landscape painting is light. Light ties all aspects of the landscape together.”

A Professor of Art at Edgewood College for 29 years, Tarrell is a highly-regarded and awarded teacher. In 1999, he received the James R. Underkofler Excellence in Teaching Award and served as President of the Wisconsin Art Education Association from 1999-2001.  He was named the 2003 Wisconsin Art Educator of the Year and was awarded the 2004 Wisconsin Alliance for Arts Education Distinguished Service Award.

In 2012, Tarrell received the Mazzuchelli Medallion at the 23rd Heritage Celebration of Edgewood College, one of the highest honors awarded by the school.

Tarrell has exhibited extensively, including a recent solo show at the Whitewater Cultural Arts Center. His work is in the collections of the University of Iowa, UW-Platteville, Edgewood College, the Kohler Foundation, and in private collections in Wisconsin, Illinois, Michigan, Florida, and Europe.
###